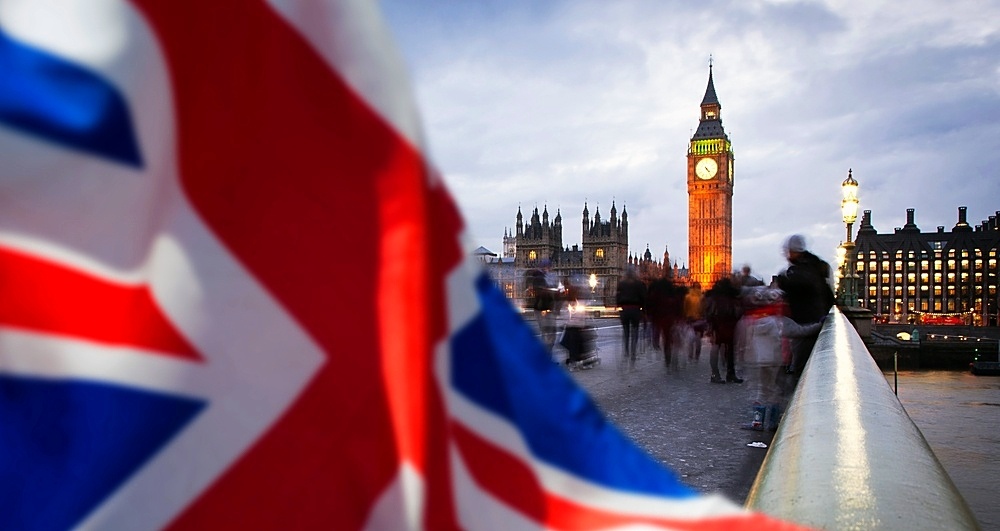 For several years the UK housing market has been diverging into a two-tier affair. On the one hand, you have London property, and on the other, you have the rest of the United Kingdom. Post-Brexit, it looks very much like London off-plan developments are being polarised into two distinct sectors: domestic investment and foreign investment.

Here, I’ll discuss and distill some of the recent news that supports this view, and examine how property developers in London take advantage of this new dynamic.

According to the Nationwide House Price Index, in the UK, regional and London house prices tracked each other between 1973 and 1996. Apart from a blip in the mid-1980s when London property prices broke higher temporarily, property values across the UK increased at the same rate. 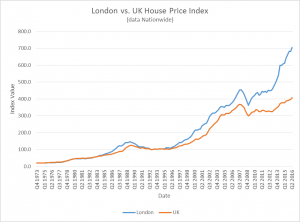 There are some factors for this massive outperformance. Primarily these reasons focus on the financial sector. As it became apparent that refusing to be a euro currency member would not damage London’s status as a financial centre, and contrary to expert forecasts at the time, investment into London property increased.

We see this dynamic repeating now, but with a much more polarised focus. London is – at least in the short term – a mecca for foreign investment into property.

Off-plan development sales slump… or is it?

Figures released by Molior London in mid-July showed that the number of off-plan properties sold in the second quarter of 2016 (ahead of the EU Referendum) fell from 6,974 to 4,600 from a year earlier. This was partly blamed on uncertainty ahead of the Brexit vote, but mostly on the continuing effects of the 2014 tax hike. On top of this, stamp duties were raised on higher value homes, and changes to the way that buy-to-let mortgages are taxed also had an effect.

Since Brexit, agents have reported a divergence of interest in London off-plan developments. It has been reported that as many as one in eight buyers of property under construction have pulled out of the deal. These are domestic, UK-based buyers. They’re nervous of what Brexit may mean to house prices in the London market.

Meanwhile, foreign buyers have flooded in. This was forecast in an excellent article by Brett Alegre-Wood, who anticipates that Brexit has the potential to create a once-in-a-lifetime opportunity for investors in off-plan property in London. In that article, Brett points out that:

Mirroring these forecasts, London’s agents are reporting a huge uptick in foreign investor interest in off-plan developments in the capital. The pound’s collapse has put London property firmly in the bargain bucket as far as foreign investors are concerned. Some agents have reported a spike of 50% in enquiries for properties.

How to stop your London development from being mothballed

Some property developers have reacted with extreme caution towards the Brexit vote. Some have mothballed projects, while others have said that they will reduce the pace of building. This offers some developers an opportunity to make hay while the sun shines.

On 11th August, the Royal Institute of Chartered Surveyors (RICS) reported a softening in house price growth and falling prices in London. But interestingly, in the same survey, it said that its sales and price expectations on a twelve-month view have risen. In other words, the current softening of the market looks more cyclical than systemic.

Developers who strategise for off-market off-plan sales to foreign investors probably won’t have to mothball any developments. They’ll benefit from:

Here at Castlereach, we’ve also seen enquiries for off-plan development property in London increase. As I’ve discussed recently, UK property investment is high on the list of our foreign investors. Now is the perfect time to get in touch and implement a bespoke off-market, off-plan sales strategy that taps into this rich vein of foreign demand. Don’t mothball, market!

Call me direct on +44 207 924 5680. Our foreign investors have specific investment needs which London property satisfies.

Live with passion and fun,