UK property developers can be terrified by Institutional investors 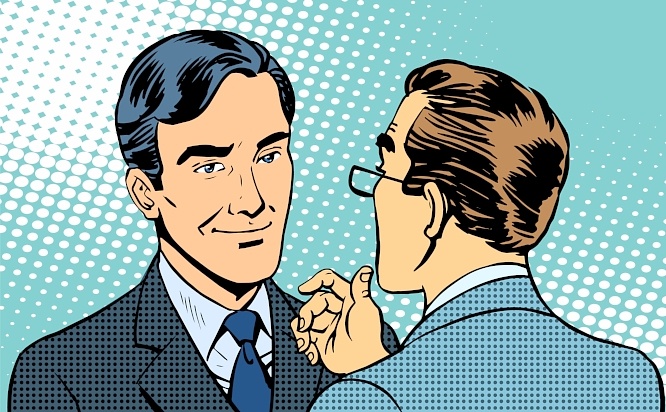 Private Rented Sector schemes are growing in their popularity as a sales strategy for UK property developers, especially in key central locations near to key transport links. It may be tempting for you to consider a forward purchase of your entire development. Your budget can be set, margins calculated, and profit fixed in advance. But working with a PRS scheme or single institutional investor also has a high degree of risk for UK property developers.

Here, I look at some of those risks – a conversation that institutional backers of PRS schemes will probably never have with UK property developers.

The government backed PRS scheme has taken an incredibly long time to move out of neutral and into first gear. First announced in 2012, after two years no company had come forward to take up the governmental guarantee backing property investors. The problem was those guarantees didn’t cover the period of construction. Investors backing schemes were essentially left on the hook for any shortfalls or cost overruns.

On top of this obstacle, the recovery in the housing market turned the profit switch from renting to selling. In a rising market, it becomes easier to sell at premium prices. Profit margins increase. From a purely business point of view, building to sell makes more sense (especially in a country where home ownership is so embedded in culture).

PRS could limit the scope of investment

Remember, the institution needs to maintain its margins too. They’ll have their investors and backers to whom they must justify their investment on price and profit margin. In fact, you’re further away from the actual investor.

You’re cutting out the property investors who are buying for capital gain, you turn your back on smaller institutions who may want to invest but on a smaller scale, and you wave away smaller scale landlords who might not drive such a hard bargain on your selling price.

Property investment is a business, not a charity

PRS schemes are seen as ‘charitable’ by some landlords – in October 2014, Keith Exford, CEO of 60,000 home landlord Affinity Sutton told Inside Housing, “We remain unconvinced that [PRS] is a worthwhile activity for us. We don’t believe that private renting is a charitable activity. Therefore, it is a commercial one, and we don’t view the returns on PRS as sufficient. Why would we want to take the profit slowly? The only reason we want the profit is to build more affordable homes.”

Investing in a property for capital gain is a strategy that is used by property investors as their property portfolios grow. The money they make on sales is reinvested on rental properties. A lot of larger landlords and investors don’t want to be tied into a rent-only development, and so simply won’t consider a PRS scheme investment.

If big landlords don’t know how to make the numbers add up, there’s only one way they’re going to get a profitable deal – and that’s by squeezing the developer on price. Supermarkets love their ‘buy-one-get-one-free-deals’, but does the same sales strategy make sense for UK property developers?

Developer landlords and specialist PRS companies find that PRS schemes can be difficult to justify. One such company, PlaceFirst, told Inside Housing that it sets its target at households earning £25,000. With the assumption that the family has around £480 to spend on rent, PlaceFirst’s requirement for a yield of 6% means that it only has about £75,000 to spend on building the home.

To make such development economically viable, partnerships with local authorities have to be created – and they can be notoriously difficult to cultivate, grow, and maintain (especially in the current uncertain political climate).

UK Property developers risk: The backer might pull out

PRS funds are a huge business, but they tend to be higher risk. The agreements and investment terms have to be negotiated, agreed, revised, and reviewed. The funds are backed by institutional money – which gives them their gravitas.

There is often a multi-level sigh-off process, moving through to board level. At each level of review, investment agreements can become increasingly complex and bogged down in a legal quagmire. It extends the length of time to get a development moving, negatively impacting UK property developers.

It’s not uncommon for such agreements to fall over at the last hurdle. If this happens, the whole process of finding a backer and getting sign-off has to restart.

An example of this risk is Kampus in Manchester. In 2014, Capital & Centric and Henry Boot Developments bought the Aytoun Street Campus site, near Piccadilly Station. UK fund manager, Lothbury Investment Management agreed to fund the scheme as a £200 million PRS. That deal began its due diligence process, and after nearly two years it fell through. The developer had to look for a new financial backer. American company Ares Management came to the rescue and signed the new agreement in February 2016. The Kampus development is now getting off the ground, though at what cost to the developer remains to be seen.

Here at Castlereach, we take a different approach. Our decision making is fast, flexible and focussed.

Our commitment to a deal can be made within days. By the time UK property developers have negotiated with a PRS fund, we could have completed. You’ll have the initial funding you need, without the expensive loss of time. Also, we don’t have to buy the whole development. Many of our investments are made on a forward purchase of 25% to 50% of a development. For UK property developers, this:

By holding some property back from the early forward sale, you’ll benefit from selling nearer to completion. You’ll retain the benefit of capital uplift through the build cycle – helping UK property developers realise higher overall returns on the scheme than if you had forward sold the entire scheme too early.

Contact us today on + 44 207 923 5680, and we’ll be happy to discuss our forward buying process and how it could benefit your development.